The Chara Aurora Cooper Haas Pipe Organ, a gift from Mr. Frederick Haas and the Wyncote Foundation, is a 46-rank instrument containing 3,230 pipes.

The antiphonal portion of the organ is the Celestial Division, located in the central tower and speaking down into the crossing. Many of the pipes and other components are from organs contemporary with the first decade of the Cathedral’s life as a working church building:  Skinner Opera 574 (Richmond, VA, 1925) and 682 (Danville, VA, 1927) make up the core of the organ. Other stops were gathered from different sources, including the French Horn (Skinner Opus 394, Milwaukee, WI, 1922, built for the Jewish Temple Emanu-El), the Harp (Aeolian Opus 1744, Dearborn, MI, 1929, commissioned by Henry Ford), and the Tower Chimes (Kingsport, TN, 1948, originally commissioned in memory of those who lost their lives in WWII). 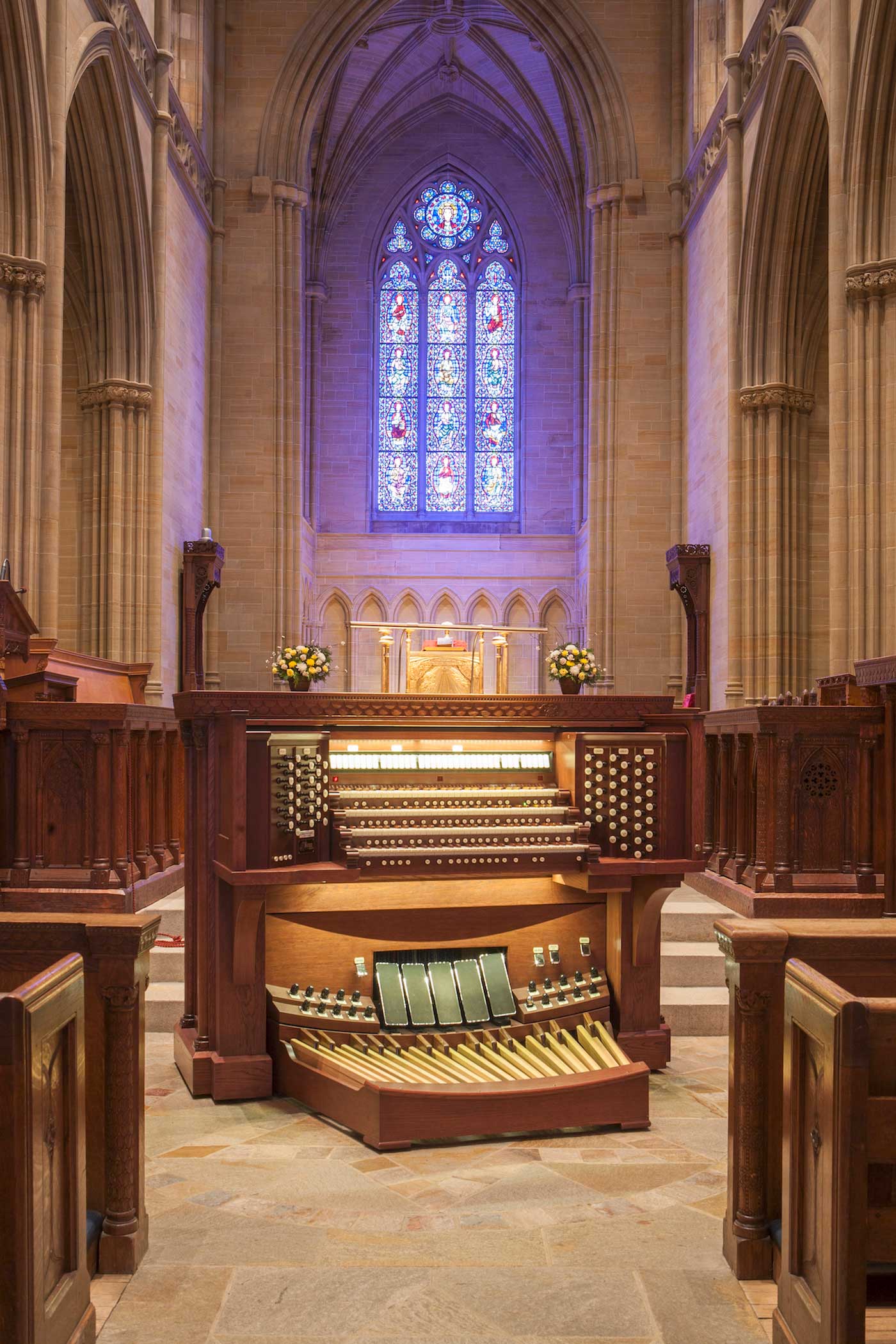 Kegg console moved out under the crossing. Photo by Len Levasseur.

The console is 4 manuals, with 42 stops and 57 registers, created by Kegg Pipe Organ Builders, who also did the restoration work, design and installation of the full organ. To complete the instrument, additional stops were created for Kegg by A. R. Schopp and Sons, in the Skinner style, comprising the Violone, Gamba, Trumpet, Waldhorn, Gross Gamba, Gamba Celeste, Flauto Mirabilis, Tuba, and Tuba Mirabilis.

Unique features include the interior-sounding tower chimes, played from the keyboard, as well as an innovative tremolo on the Celestial Division that can be employed selectively by second-touch.

The CACH Pipe Organ has been the subject of cover articles in The Diapason (December 2014) and The American Organist (June 2015), and featured in events held by the American Guild of Organists, the Longwood Gardens International Organ Competition, the Organ Historical Society, and the American Institute of Organbuilders (2020).

This is the fourth pipe organ to serve the Bryn Athyn Church, and the third in the Cathedral.